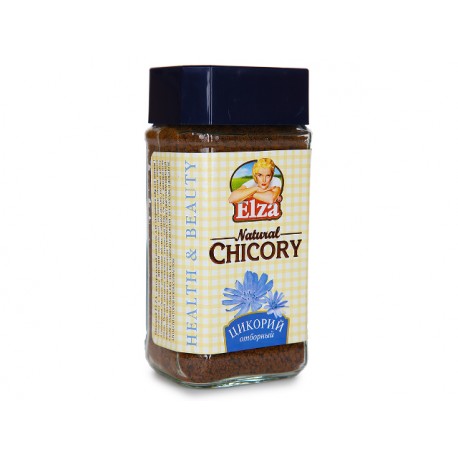 Soluble chicory - granules is an aromatic and delicious drink - a healthy coffee substitute. Does not contain caffeine, sugar or other additives.

Chicory is a perennial plant that is found all over the world and especially in areas with mild and moderate climates. It has become popular since ancient times with its therapeutic effect. The Egyptians used it to treat problems with the liver and the gall bladder. They consumed chicory in large quantities because they knew that it cleanses the blood and removes toxins from the liver.

Soluble chicory - granules has a rich taste with bitter notes. The plant is known as a useful alternative to coffee without containing caffeine.

The hot beverage of soluble chicory - granules is recommended in a state of constant fatigue (asthenia), to improve mental abilities and increase in concentration.

Used as a coffee substitute. It does not contain caffeine.

1-2 teaspoons are poured into 200 ml of boiling water and mixed well.

Chicory can be combined with sugar, honey, maple syrup, stevia or milk. Various spices can also be added to the drink.