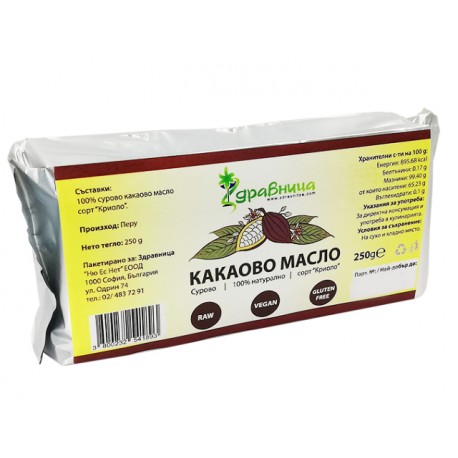 Raw cocoa butter is one of the purest, useful, naturally hardened vegetable fats. Rich in antioxidants and fatty acids.

Cocoa butter is one of the purest, useful, naturally hardened vegetable fats.

Cocoa butter is extracted after cocoa seeds have been pressed and for millennia is considered natural pure fat, which only brings benefits to human health and beauty. Today, cocoa butter is widely used in cosmetics, confectionery, pharmacy, and more.

The Criollo cocoa tree variety is extremely rare, it is harder to grow and has a comparatively lower yield. But they are highly prized because of their higher quality, taste and flavor compared to other cocoa varieties.

Cocoa butter is extracted by cold pressing the cocoa paste obtained from whole grains. It has a pale yellow color, a saturated chocolate flavor and a solid consistency. Melting at 34-38 ° C.

Raw and pure cocoa butter improves the heart's performance. This is due to the antioxidant flavonoids contained. Consumption of cocoa butter reduces the risk of heart attack and stroke. Chocolate, which contains at least 75% cocoa butter, is useful for squeezing elastic and healthy arteries.

The Aztecs considered cocoa butter to be a powerful aphrodisiac, which still remains up to date. The stimulating effect of cocoa butter is due to theobromine and caffeine.

Consumption of cocoa butter stimulates brain function, stimulating the production of endorphin - the hormone of happiness.

Cocoa butter is often added to various beverages and desserts.

Cocoa butter can be added to smoothies, shakes and other beverages to give a chocolate flavor and a dense texture. It combines great with coconut oil.

For culinary use. It can be used in various confectionery, dishes, drinks, smoothies, shakes and more.

Zdravnitza offers you a simple recipe for making a home-made hair conditioner that will make your hair look beautiful but also smell great. 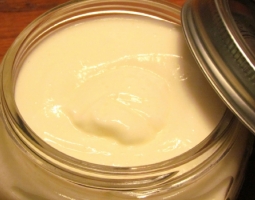 Probably many of you already use cocoa butter in your everyday life. Zdravnitza offers you a proven recipe for home-made ointment to help deep hydration of your skin. 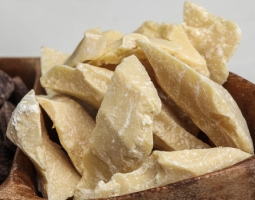 Cocoa butter care intensely for complete hydration of the skin. Thanks to him, she gets rid of any irritation, acquires incredible softness and elasticity.