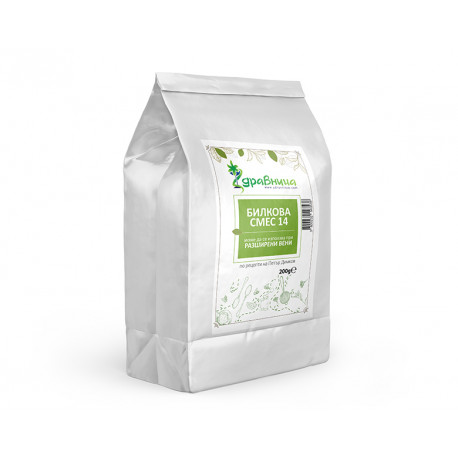 Herbal mixture №14 of "Zdravnitza" is composed of 8 Bulgarian herbs that can be used can be used as an aid in varicose veins. The amount is enough for a one-month intake!

Herbal mixture №14 of "Zdravnitza" is composed of 8 types of Bulgarian herbs that can be used can be used as an aid in varicose veins. The amount is enough for a one-month intake!

Herbal mixture №14 of "Zdravnitza" contains no poisonous and hazardous to the health of plants. Herbal mixture №14 meets the requirements of the "Bulgarian State Standard" and the Ministry of Health in Bulgaria.

Yarrow
Yarrow is a diuretic, lowers blood pressure and affects heart rate. It also regulates blood circulation by dilating narrowed blood vessels and constricting over-dilated ones. For this reason it is prescribed for varicose veins and ulcers, venous stasis, phlebitis and hemorrhoids.

Horsetail
The herb supports the healing processes of connective tissue, epidermis and mucous membranes, maintaining the elasticity of blood vessels. Horsetail has a beneficial effect on edema as a result of improper blood circulation.

False acacia (Black locust)
The herb has an anti-inflammatory effect. Acacia balances blood pressure and is used for hemorrhages of various natures.

Iceland moss
The herb has been used for thousands of years as an aid in various health problems. Iceland moss, also called Iceland moss, has a tonic and anti-inflammatory effect. The herb is used in the recipe because of the polysaccharides it contains, which have interferon-stimulating and adaptogenic properties.

Boil 2 tablespoons of the herbal mixture in 500 g of water. Strain and drink 150 g before meals.

The herbal mixture can also be used externally - to make compresses. After making the tea in the above way, soak a linen or cotton cloth and apply on the affected area. Wrap the compress with a towel. The compress made in this way lasts for about two hours.

Store in a dry, ventilated, protected from direct sunlight. 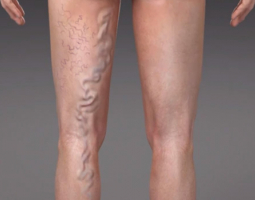