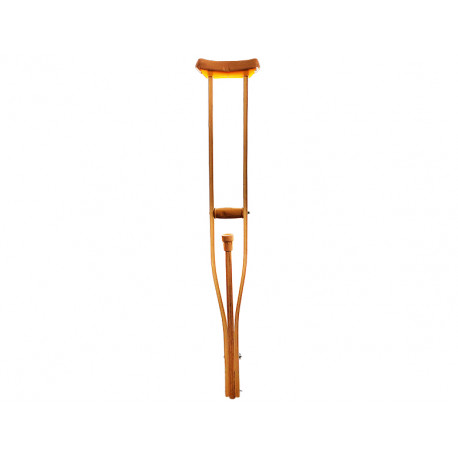 Crutch is mobility aids, transferring weight from the legs to the upper body. Most often the crutch used by people with short-term injuries.

There are several types of crutches according to the use: axillary and elbow (also known as "parkas"). Also crutches accept devices that are attached directly to the feet. These non-traditional crutches used by people with disabilities or injuries affecting only the lower leg.

Underarm crutches are required during the early rehabilitation after injury, and also in the event that a patient needs constant solid support. Doctors do not recommend the use of axillary crutches on a permanent basis more than two years, since continued support on armpit support on crutches often causes numbness in the hands and painful sensation in the shoulder. If the period of rehabilitation is long, it is advisable to switch to lighter and more maneuverable elbow crutches (parkas). Parkas are recommended for patients who need a little support when walking (in the later stages of rehabilitation) and also patients who will use crutches permanently.