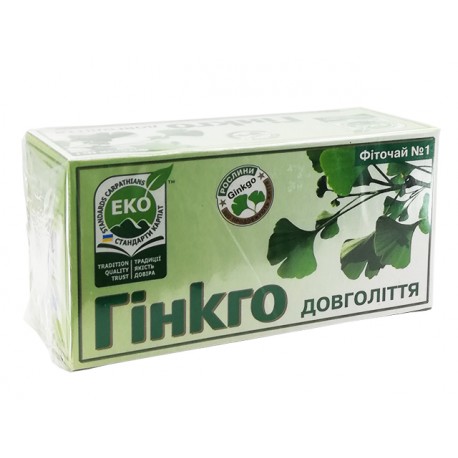 Ginkgo tea is recommended to improve blood circulation in the brain, to clear the body from toxins and slag in the blood vessels.

Ginkgo biloba is probably the longest used medical plant. Historical sources testify that ginkgo has been known to Chinese folk medicine for at least three thousand years. The use of so much time means there are clear clinical effects.

Ginkgo biloba has a strong antioxidant effect and contributes to keeping the eyes, cardiovascular and central nervous system in good condition. It is believed that this herb controls the conversion of cholesterol into plaque, which contributes to hardening of the arteries.

People suffering from stroke or cranial trauma respond well when taking ginkgo. Clinical studies confirm that the ancient tree improves the irrigation of the retina of the eye and could delay its degeneration. It is also proven that old-age hearing loss is positively influenced by it.

It is recommended to improve blood circulation in the brain, to clear the body from toxins and slag in the blood vessels.

Pour one filter bag with 200 ml of boiling water and leave for 5 minutes.

Do not use in pregnancy and lactation as well as in individual sensitivity!