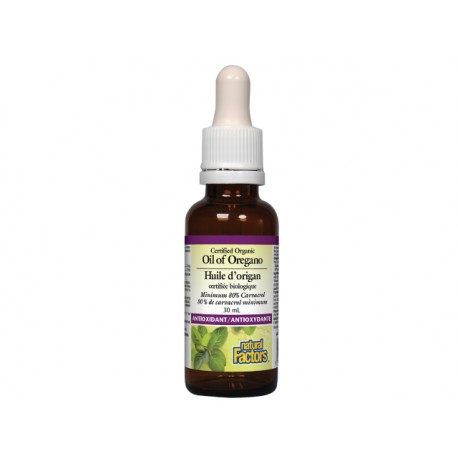 Oil of oregano is no average herb. Before modern science could point the finger at bacteria, herbalists and traditional doctors used oregano to effectively treat infections of all kinds, both topically and internally. As an antimicrobial it has the power to directly kill bacteria, viruses, intestinal parasites, and fungal infections. As excessive use renders many antibiotics ineffective against resistant strains, natural remedies become increasingly valuable. Oil of oregano is one of the few remedies that can fight superbugs, including the methicillin-resistant Staphylococcus aureus.

Oil of oregano is also a powerful antioxidant capable of scavenging free radicals and preventing cellular damage. It is a more potent antioxidant than vitamin E, and is four times higher in antioxidants than blueberries, and 12 times higher than oranges. Oil of oregano has anti-inflammatory qualities as well as demonstrated anti-mutagenic and anti-carcinogenic properties.

Natural Factors Organic Oil of Oregano is wild-crafted Mediterranean oregano, hand harvested from the Origanum vulgare plant, and is available in both liquid and convenient softgel formats. Natural Factors Oil of oregano is guaranteed to contain a minimum of 80% carvacrol.

4 drops directly under the tongue or dissolved in water. The feeling of warming is normal. 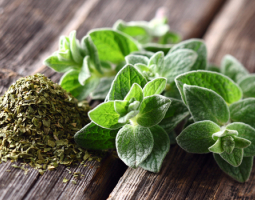 Oregano has an expectorant, antiseptic and calming effect on the nervous system. Stimulates the secretion of the sweat, digestive and bronchial glands. 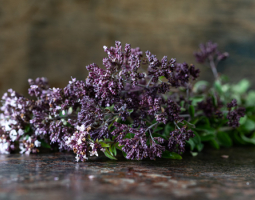 Oregano - the herb of the Thracians

Oregano (Origanum vulgare) is an herb that has been known and used since ancient times since the time of the Thracians. The plant is harvested during flowering and used throughout the year.