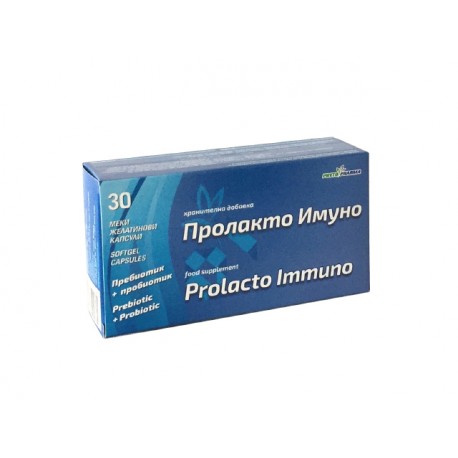 Probiotics are live microorganisms: lactic acid bacteria (mostly lacto and bifidobacteria, species of gram-some positive cocci, yeasts) which relate to the normal inhabitants of the intestinal tract in a healthy person. The microorganisms contained in the probiotics are not pathogenic, non-toxic, and are found in an amount sufficient to retain viability during storage and passage through the gastrointestinal tract. Probiotics are considered as funds that have beneficial effects on human health. Safety of probiotics is confirmed by the fact that WHO (World Health Organisation) and FAO UN (Organization for Food and Agriculture UN) concluded that probiotics are generally safe products and have GRAS (regarded as safe) status, ie. they can be used without limitation in the pharmaceutical and food industry.

The products taken to improve the function of the digestive tract, for regulating microbiocenoses of the gastrointestinal tract are divided in to classes: probiotics, prebiotics, synbiotics, bacteriophages and biotherapeutic agents. The first three groups are merged into one - probiotics. Administration of probiotics and prebiotics leads to the same result - an increase in the amount of lactic acid bacteria, natural inhabitants of the intestine. Probiotics are live bacteria beneficial for the organism. For their discoverer considered Russian microbiologist Ilya Mechnikov, who at the end of XIX century detected the effectiveness of lactic bacteria studying centenarians in the Rhodopes and discovering the role of yogurt in prolonging their lives. Since then, dozens of scientists continued to accumulate evidence for their beneficial properties and their role in maintaining our good health. Probiotics are over 400 species and act in different sectors of the large intestine. Much of bacteria with probiotic activity are found in fermented lactic acid products. Probiotics absorb pathogens from colon and export carcinogens in the faeces before toxins have begun the dangerous action. Probiotics inhibit the growth of bacteria that produce toxins and mutagens with carcinogenic effects - such as nitrosamines. Probiotics help to reduce the concentration of cholesterol in the body. They carry cholesterol molecule and quickly deliver it to the colon to dispose of it so do not allow bad cholesterol to cross the intestinal barrier and enter the bloodstream. Probiotics restore the balance of intestinal flora, normalise digestion. Increases the volume of the stool, facilitating their regular discharge, it is desirable once every 24 hours. Other probiotic bacteria accelerate the absorption of calcium from food and can successfully promote good bone density. They can help stimulate the absorption of magnesium. Probiotics improve digestion of lactose by helping the production of the enzyme lactase and so are very useful for people who have problems with the intake of milk.

There is no such thing as “perfect probiotic” that simultaneously exercises all beneficial effects.

Inulin is a type of polysaccharide which is contained in a number of root crops. The greatest amount is contained Jerusalem artichokes and chicory. It is found in onions, leeks, garlic, dandelions and others. As a soluble fibre (passed through the body is converted into a gel), Inulin is not digested in the upper part (stomach and small intestine) of the digestive tract and reaches the colon intact. There as almost completely undiluted it becomes an ideal food for best lactobacillus and bifidobacteria. Many scientific studies show that daily use of inulin significantly increases the amount of bifidobacteria and lactic acid bacteria in the intestines and leads to a decrease in the amount of pathogenic bacteria such as Salmonella, Staphylococci and others. This quality defines it as a prebiotic. Prebiotics are indigestible kind of nutrients that stimulate and activate certain bacteria in the colon, improving significantly its function. It must mention the fact that too many Inulin can lead to bloating, gas and diarrhoea in people who are sensitive to the substance.Furthermore inulin adds one more irreplaceable benefit - contributes to reducing our body's ability to form a particular type of fat.

• helps reduce the toxic metabolites • contributes to the reduction of hepatic cholesterol and triglycerides • Helps maintain normal blood pressure levels • helps to normalise blood sugar levels • improves the absorption of minerals in the body • contributes to strengthen the immune system • helps to clear the body of slag and unprocessed food.

Food supplement is used as an aid to the diet that:
- provides live active bacteria;
- enhances the degradation of lactose;
- contributes to the maintenance of a healthy intestinal microflora;
- supports the digestive and immune system;
- Supports cleansing of toxins out of the body;