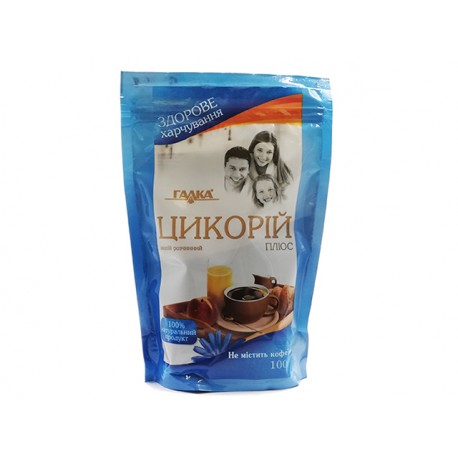 Chicory Plus is a natural, powdered and soluble drink containing chicory roots and barley. A natural substitute for coffee. Caffeine Free.

Preparation: add 1-2 teaspoons of the drink to 150 ml of hot water or milk and stir. If desired, it can be sweetened with a natural sweetener such as "Sweet Stevia", Erythritol, Maple Syrup and others.