Diatomaceous earth (diatomite) represents the fossilized exoskeletons of the microscopic algae Diatoms - a type of phytoplankton of freshwater origin - can contain even more than 90% amphoric silica and very small amounts of other clay materials.

"Perma Guard" Inc. is a world leader with over 40 years of history in the extraction of freshwater diatomaceous earth of high quality and purity (FOOD GRADE).

FOOD GRADE diatomaceous earth can be used as an additive in animal feed (birds and mammals) with an anti-caking effect and has a number of applications in the food industry.

The beneficial effect of Diatomaceous earth "Perma Guard" is realized in three ways - detoxification, nutrition of cells and maintenance of acid-alkaline balance.

Detoxification (physical action of diatomaceous earth in the human body)
Thanks to the cylindrical shape and negative charge of the skeletons, they lock various pathogens found in the gastrointestinal tract (harmful bacteria, toxins, heavy metals) and safely remove them from the body. Cylindrical shells delicately clean the intestinal walls without damaging the mucous membranes. In the extraction and processing of Perma Guard diatomaceous earth, extreme care is taken to preserve the structure and integrity of the diatom exoskeletons.

Silicon supply to the cells
Under the influence of gastric juices, part of the silicon dioxide in Perma Guard diatomaceous earth turns into orthosilicic acid – a biologically active form of silicon that can be used by all cells in the body and is very important for the health of the human body.

Maintenance of acid-base balance
Diatomaceous earth has a pH = 8 (alkaline). In addition, by absorbing pathogens in the body, it significantly reduces the acid load and leads to an improvement in the acid-base balance.

Adequate levels of silicon in the body are associated with:
- Increased production and activity and prolonged viability of important immune cells - macrophages (Mineo et al., 2004) and lymphocytes (Seaborn, 2002).
- Increased production and activity of antibodies (Schiano et al., 1979).
- Improved resistance to diseases of the upper respiratory tract.

Healthier, thicker and shinier hair
In a study with silicon intake for a period of 9 months, scientists found a significant positive effect on the tensile strength of hair compared to the placebo group. The hair had better indicators of elasticity and brittleness, and hair loss decreased.

Healthy nails
Silicon is the most abundant mineral in the nails, and not surprisingly, soft and brittle nails can be a sign of a silicon deficiency. Studies have shown reduced nail brittleness in the silicon group.

Firm, healthy skin with fewer wrinkles and faster wound healing
Silicon stimulates the production of collagen type I, activates important enzymes and is related to the synthesis of glucosaminoglucans, therefore its intake is associated with improved skin strength and elasticity.

Biophysicists Louis Kervan and Dr. Richard Barmakian found that silica has a greater role than calcium in bone formation and repair. Bones repair faster with high silicon and low calcium than with high calcium and low silicon. Very often, people taking diatomaceous earth report a reduction in joint and back pain.

Administration of silicon in a controlled clinical trial produced a significant increase in bone mineral density of the femur in women with osteoporosis.

Improves metabolism and contributes to achieving a slim figure
People who are overweight most often have a slowed metabolism. Thanks to the detoxification of the digestive system, the improved peristalsis of the intestines and the general cleansing and strengthening of the body, the natural balance is restored. A clean organism easily copes with any challenge.

Cleansing the body of toxins and pathogens
A single dose of diatomaceous earth contains millions of negatively charged exoskeletons. They attract and lock in positively charged bacteria (including E. coli), protozoa, viruses, endotoxins, pesticides, drug residues and protein-like toxins (which are formed in gastrointestinal poisoning). Diatomaceous earth does not harm the microbiome - the beneficial bacteria have a negative charge and are "of no interest" to the diatoms.

Improved absorption of other trace elements
Often the lack of minerals in the body is a consequence of the low level of silicon. Silicon has an important role in the metabolism of, for example, copper, zinc, germanium and calcium.

Where is diatomaceous earth used?

Hundreds of uses for diatomaceous earth are now recognized and there are thousands of products containing diatomaceous earth, including but not limited to: skin care, toothpaste, flour, grain and seed treatment.

In folk medicine, it is used to improve the condition of the skin, hair, nails, connective tissue and vascular problems.

The product is a natural mineral and is not a food, medicine or food supplement.

It can be used dissolved in water. Avoid long-term inhalation of high concentrations of the sprayed product - it can lead to irritation of the respiratory system. Do not allow diatomaceous earth to get into the eyes - it can cause dryness. In case of dust in the eyes, they should be rinsed thoroughly with lukewarm water.

No toxic properties have been established for the substance. The product is without added chemicals, without GMOs, without ingredients of animal origin.

Diatomite Water:
Dissolve a tablespoon in a glass of water and use once a day.

Cosmetic use:
Diatomaceous earth is diluted with water in a ratio (1:3). The finished mixture can be applied directly to the skin of the face and body. Avoid the eye area.

Not to be used by children, pregnant and lactating women. Keep out of the reach of small children. To be stored in a dry place, in a tightly closed package. 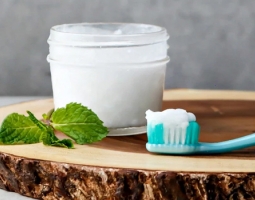 "Zdravnitza" present you an Austrian recipe that strengthens teeth and gums. It is easily done at home. However, unlike ready-made toothpastes, it is prepared in the form of herbal powder. 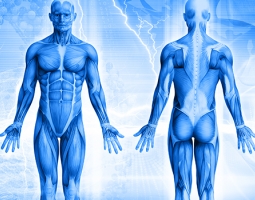 The most efficient products to combat parasites in the body

The presence of parasites in the body becomes more commonplace. Zdravnitza offers you some of the most popular and effective non-drug products that help to expel parasites from your body. 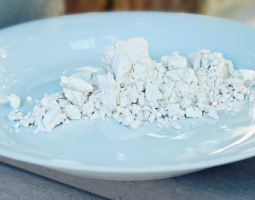 Diatomaceous earth against parasites in the body 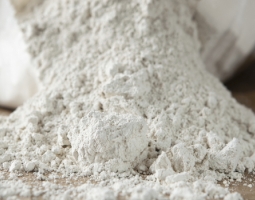 Diatomaceous earth is a valuable tool for maintaining human health. Its use, however, is not limited to this. With diatomaceous earth you can control pests, limiting odors, to support the preservation of food, etc. 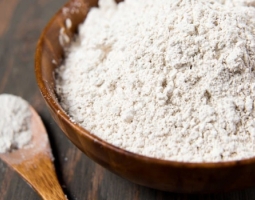 Detoxify the body with Diatomaceous earth

Diatomaceous earth has a very high negative charge. It is easy to attach to the harmful substances such as toxins, viruses, heavy metals, bacteria, and even to the radiation in the body. 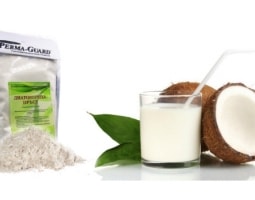 Healthy and energizing cocktail with diatomaceous earth and coconut

The combination of flavors makes this South Asian cocktail sweet and delicate. First healthy and refreshing, and through diatomaceous earth support health. 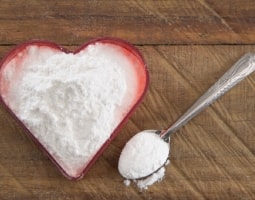 Whether diatomaceous earth is safe for humans? 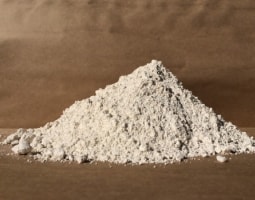 The use of diatomaceous earth knows no boundaries. It has many applications in the cosmetic, agricultural and detoxifying field. 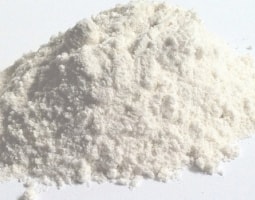 You have a shortage of silicon? Try diatomaceous earth!