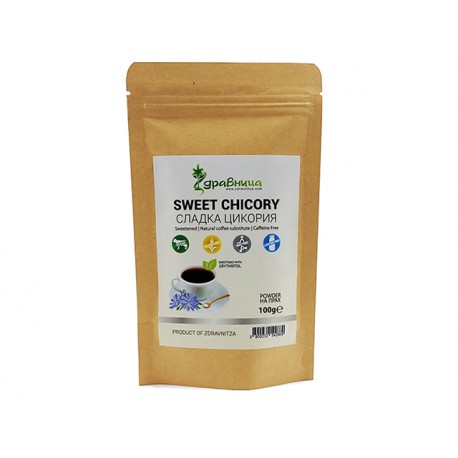 Chicory powder sweetened erythritol and stevia - a natural coffee substitute. It does not contain caffeine. No added sugar. Suitable for the whole family.

Erythritol is a natural sweetener with a taste very similar to sugar. 0 calories! 0 glycemic index!

Erythritol has a very interesting taste - after ingestion it leaves a cooling effect in the mouth. Erythritol is considered a safe sweetener and is an excellent alternative to white sugar.

Erythritol is suitable for diabetics, and its consumption protects teeth from caries, unlike other sweeteners such as saccharin, aspartame and cyclamate.

Stevia or "honey herb" was known to mankind more than 1.5 thousand years ago, but modern humanity discovered it very soon. Stevia Rebaudiana was "discovered" for the modern world by the American researcher Antonio Bertoni in 1905, but then "forgotten" again.

Regular use of stevia normalizes blood sugar levels. It is the "source of life" for diabetics. It has a positive effect on fat metabolism, strengthens the cardiovascular system, lowers blood cholesterol levels, helps eliminate toxins and toxins from the body.

Stevia is good for teeth and gums by protecting them from caries and periodontitis. It has anti-inflammatory and antiseptic action. In addition to its listed properties, stevia is a powerful antioxidant and reduces free radicals.

Sweet Chicory with wild rosehip can be used to make healthy, Turkish coffee.

You can increase the amount of product to make the drink of your choice. The more sweet chicory you use, the more the taste of the drink will become thicker and stronger. You can replace the water when making the drink with hot milk or a vegan alternative - nut milk. 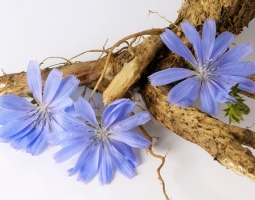