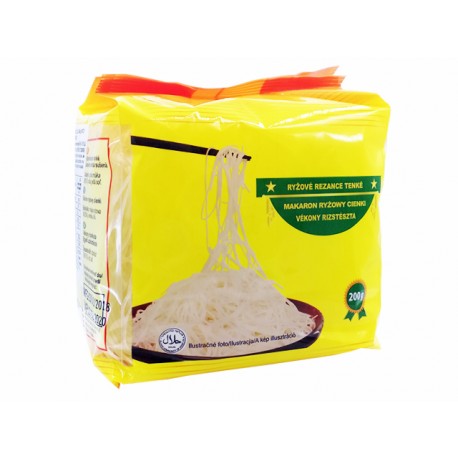 Out ot stock
Notify me when available

Rice noodles possess such a mild flavor that they make a good match for almost any type of sauce or topping. Rice noodles does not contain gluten.

Rice noodles possess such a mild flavor that they make a good match for almost any type of sauce or topping, from mild chicken broth to a fiery Szechuan pepper dish. Beyond culinary benefits, one reason to choose rice noodles is that they’re gluten-free. They also deliver nutrients in the form of fiber, zinc and iron.

Before Asian noodles became popular in the United States, “noodles” referred to a product made from flour, water and eggs. Asian noodles are different because they don’t use eggs. In addition to rice, you'll find a variety of Asian noodles made from wheat, buckwheat and mung beans. Rice noodles are made from rice flour and water, or rice that’s soaked, ground into paste, rolled and cut into noodles.

Cook the rice noodles in boiling water for 5 minutes. Then remove and pour in cold water. It's ready for serving.