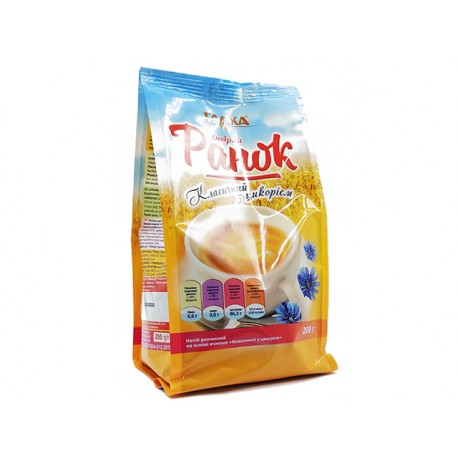 Ranok is an instant drink that contains barley, chicory and rye. A natural coffee substitute. It does not contain caffeine.

Instant drink of chicory, barley and rye strengthens the immune system, controls the level of cholesterol in the blood and helps the regeneration of the liver. Prevents the appearance of gallstones and regulates blood sugar.

Preparation: add 1-2 teaspoons of the drink to 150 ml of hot water or milk and stir. If desired, it can be sweetened with a natural sweetener such as "Sweet Stevia", Erythritol, Maple Syrup and others.