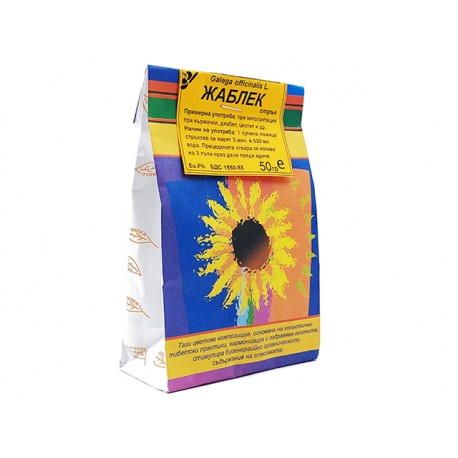 Galega - dried stalk can be used as an aid in hypolactation in nursing mothers, diabetes, cystitis, etc.

Galega is an herbaceous plant in the Faboideae subfamily. It is native to the Middle East, but has been naturalized in Europe and western Asia. The plant has been extensively cultivated as a forage crop, an ornamental, a bee plant, and as green manure.

Galega distributed throughout temperate regions of the world, predominantly in Europe, the plant is a hardy perennial that blooms in the summer months on grasslands, wetlands, and riverbanks, and is classified as an invasive weed in many parts of North America. It has also been found in countries of South America, North Africa, Pakistan, Turkey, and New Zealand.

Application: as an aid in hypolactation in nursing mothers, diabetes, cystitis, etc.

Method of preparation: Put 1 tablespoon of the herb in 500 ml of water and boil for 3 minutes. Strain and drink in 3 equal parts the day before meals.