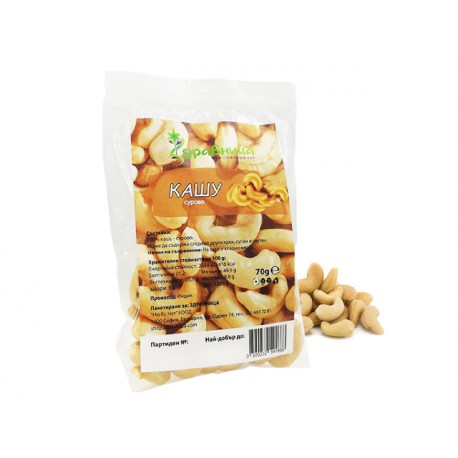 Cashew is a nut that is a good supplement for any diet. Cashew consumption is recommended when maintaining fitness programs.

Cashew (also known as Indian peanut, Indian cashew) is a tree of the genus Anacardiaceae. Originally from Brazil, Portuguese researchers carried the tree to other countries.

The cashew nut, often simply called a cashew, is widely consumed. It is eaten on its own, used in recipes, or processed into cashew cheese or cashew butter. The shell of the cashew seed yields derivatives that can be used in many applications including lubricants, waterproofing, paints, and arms production, starting in World War II.

Cashew is rich in magnesium and phosphorus. Magnesium plays an important role in bone enhancement and enzyme activity. The cashew contains iron, which is an important part of the hemoglobin that is part of the red blood cells. It has a low glycemic index (22 +/- 5) and low glycemic loading (2.86 / 50 g). This makes it a recommended part of the diet of overweight people and diabetics.

Cashew is rich in vitamins A, B2, B1. It also contains more proteins, carbohydrates and iron. This makes these nuts a suitable supplement for any diet.

Cashew consumption is recommended when maintaining fitness programs. One of the most valuable features of cashew is its ability to eliminate cancer and aging processes.

Cashew paste stimulates the production of the main pigment melanin in the skin and hair. Consumption of cashew paste normalizes sleep disturbances in postmenopausal women.

May contain traces of other nuts, sesame and gluten.

For direct consumption or intake in the culinary industry.