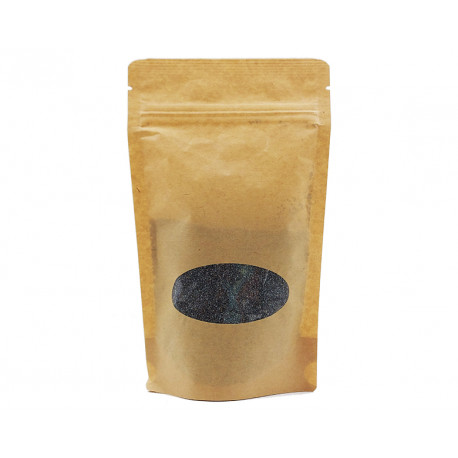 Poppy seeds are often used in salads and various pastas, but previously roasted or soaked in hot water for more than 3 hours.

The poppy is an annual herbaceous plant that originates from Asia. There are over 100 types of poppies. Poppy seeds are obtained from the fully ripe fruit and do not contain alkaloids. The seeds are small with a pleasant thick taste and aroma of nuts.

The poppy seed is used as an oil-bearing plant, containing up to 55% oil in the seeds. In poppy seeds we find low levels of B vitamins and higher levels of sodium and potassium.

In fact, even Hippocrates suggested the use of poppy seeds in medicine. In the past, opium was used to treat asthma, stomach ailments and the "bad" eye. Centuries later in Asia, the plant spread as an opiate. In 1830, the so-called Opium War in which China tried to stop the British Empire from selling opium. In the 19th century, the sale of poppy seeds as a drug was very common in Europe.

Poppy seed syrup has a pain-relieving and expectorant effect. Gargling with an infusion of poppy seeds helps with toothache.

Poppy seed has a beneficial effect on cough. It is used to soothe a painful cough, but also for diarrhea, dysentery, bedwetting.

We are used to putting poppy seeds in various baked goods - breads, cakes, biscuits. Poppy seeds are often used in salads and various pastas, but previously roasted or soaked in hot water for more than 3 hours. When using the seed in salads, it is recommended to roast it beforehand, which makes their taste and aroma stronger. When using poppy seeds in the preparation of cakes or pies, it is good to cover them with boiling water and let them stand for 1 to 3 hours before use.

The subtle nutty aroma and flavor of poppy seeds is felt after roasting or boiling. In the seeds that we use for baked sweets, breads, fillings for pastas, cakes, etc. no drugs. Poppy seeds go well with some types of sauces and meats. Poppy seeds are a wonderful complement to honey spread on bread. They serve to season vegetables and root crops and the sauces that flavor them. Sprinkled on a salad of cabbage, carrots and mayonnaise, they create a color and taste contrast.

For direct consumption or as an addition to various dishes.

Poppy seed infusion:
Prepare an infusion of 2 tablespoons of seeds and 250 ml of boiling water. Take 1 tbsp of tea every 2 hours.

If poppy seeds are crushed and mixed with water, a white, milk-like liquid will be produced, which is called milk of poppy. It is used internally in large doses (half a cup 3-4 times a day) for hemorrhoids and difficult inflammation of the lungs.