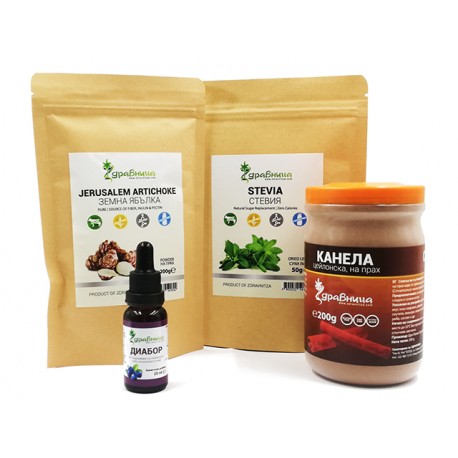 Dietary supplement "Diabor" is produced to normalize glucose in human blood (blood sugar). The product is 100% natural and does not contain any toxic substances, preservatives or colorants.

"Diabor" has a positive effect in patients with first and second type diabetes.

Stevia, also called "honey herb", was known to mankind more than 1.5 thousand years ago, but modern humanity is discovering it very soon. Stevia Rebaudiana was "discovered" to the modern world by American explorer Antonio Bertoni in 1905, but then again "forgotten".

Stevia is used in the treatment of diabetes. Also in oncology, in weak immune systems, in stress, disorders of the circulatory system, hypertension, gastrointestinal diseases, as a tonic, stimulating mental and physical activity, such as an antiseptic and anti-inflammatory agent, and naturally - in excess weight.

Jerusalem artichoke flour has a rich chemical composition, an abundance of fiber, protein and a particularly high content of inulin, which determines its therapeutic and prophylactic properties.

The inulin contained in jerusalem artichoke powder passes through the stomach and the small intestine without disturbing its integrity. Passing through the digestive tract, the inulin creates a gel that remains undigested and thus reaches the colon.

Because inulin is not absorbed by the stomach and intestine, its regular intake leads to a reduction in toxins in the body as well as to the regulation of bad cholesterol and triglyceride levels.

Due to the fact that inulin does not disintegrate when digesting monosaccharides, its consumption does not increase blood sugar levels. This property makes inulin the ideal product for people who suffer from diabetes. 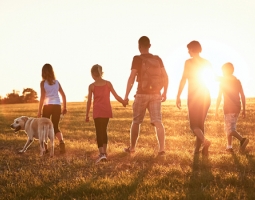 How to spend your vacation if you suffer from diabetes?

The diabetic, as "conditionally healthy", must provide conditions for spending his vacation - alone or with his family so that he can rest well and enjoy a reasonable holiday. 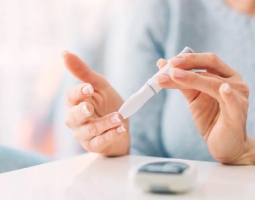 Levels above 7.00 are too high. But it is good to remember that for a diabetic, whether on pills or injections, low blood sugar levels are more dangerous than high ones. 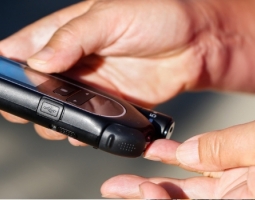 Diabetes is a metabolic diseases characterized by an abnormally high level of glucose in the blood. The reason for this is that sugar can not penetrate into the cell itself and remains in the blood in the form of a useless load.