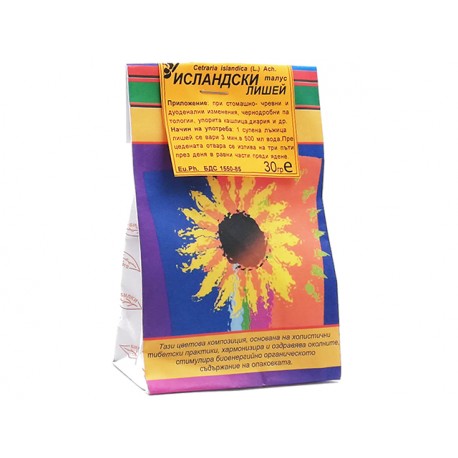 Iceland moss is a lichen whose erect or upright, leaflike habit gives it the appearance of a moss, where its name likely comes from.

It is often of a pale chestnut color, but varies considerably, being sometimes almost entirely greyish-white; and grows to a height of from 3 to 4 in., the branches being channelled or rolled into tubes, which end in flattened lobes with fringed edges.

It grows abundantly in the mountainous regions of northern countries, and it is specially characteristic of the lava slopes and plains of the west and north of Iceland. It is found on the mountains of north Wales, northern England, Scotland and south-west Ireland. In North America its range extends through Arctic regions, from Alaska to Newfoundland, and south in the Rocky Mountains to Colorado, and to the Appalachian Mountains of New England.

Mothod of preparation: 1 tablespoon of the herb is boiled for 3 minutes in 500 ml of water. Strain and drink in 3 equal portions during the meal before meals.