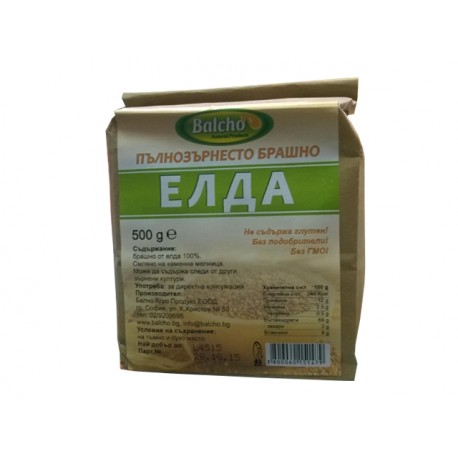 Buckwheat has a lower carbohydrate content than many cereals, potato and rice. This makes it an excellent food for diabetics, people with overweight and a special diet.

For the first time people began to grown 6,000 years ago in Southeast Asia. In India called buckwheat "black rice", and in other countries is known as "black wheat". After the start of its mass cultivation it quickly gained fame one of the most common food for the poorer strata of society.

Homeland of buckwheat is India, but most popular in Russia (we call it "Grechka").

Buckwheat has a lower carbohydrate content than many cereals, potato and rice. This makes it an excellent food for diabetics, people with overweight and a special diet.

In combination with milk buckwheat significantly enhances the intestinal tract and enhances the metabolism without straining the digestive system, because it contains pectin.

Buckwheat helps to stabilize blood sugar, which makes it suitable not only for people with a diet, but for diabetics.

Buckwheat contains nutrients which have the properties to appear cholesterol from the blood and reduce permeability and fragility of blood vessel walls. It is suitable food for people who suffer from hemorrhoids and varicose veins.

Buckwheat helps to increase muscle strength and endurance athletes, because of the high protein content in it.
Buckwheat is rich in flavonoids, which dramatically slows the aging process.

Magnesium contained in buckwheat is very important for the prevention of the cardiovascular system.

Buckwheat is also recommended as a means to combat rheumatism and arthritis, against atherosclerosis, hypertension, and underactive thyroid gland, as well as improving the immune system and maintain good vision.

Grechko be applied in the field of reflexology. Barefoot in buckwheat grains allows the compression of a number of active points of the foot. 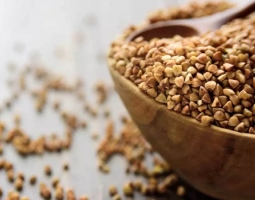 Buckwheat - an ideal meal in celiac disease and diabetes

Buckwheat is gluten free! Suitable for celiac disease. It is low calorie, roch in fiber and suitable for prevention of digestive problems. 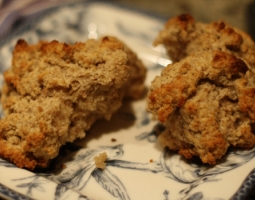 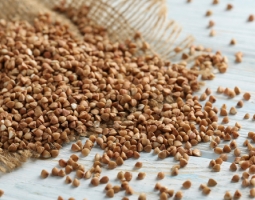 Buckwheat to strengthen the nerves and a selection of recipes

People who suffer exhausted nerves have great mental stress, can use buckwheat without hesitation. Its consumption will have a favorable effect.