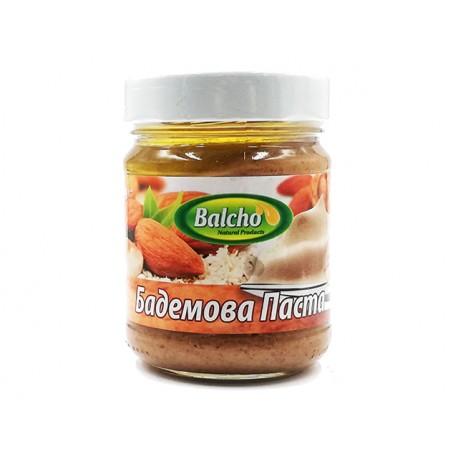 Almond paste is made from dried and ground almonds. Without heat treatment. Suitable for vegetarians and vegans.

Almond paste is made from ground almonds or almond meal. Almond paste is used as a filling in pastries, but it can also be found in chocolates. In commercially manufactured almond paste, ground apricot or peach kernels are sometimes added to keep the cost down.

Almond paste is the main ingredient of French traditional calisson candy in Aix-en-Provence. It is used as a filling in almond croissants.

In Turkey, almond paste is traditionally made in Edirne, once the capital of Ottoman Empire. During the Ottoman era of Turkish history, it was a royal delight mostly used in palace. It is now sold at delight shops in Istanbul and Edirne.

Contains allergens! May contain traces of other nuts and seeds.