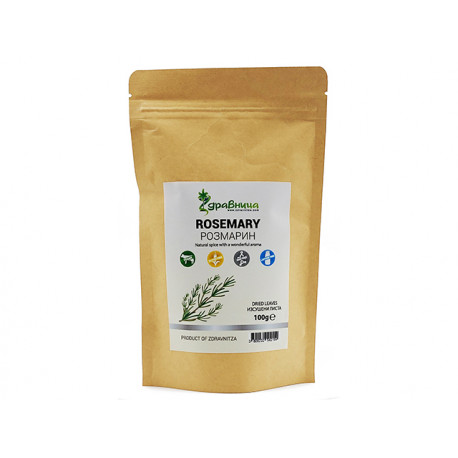 Dried rosemary leaves are suitable as a supplement to soups, salads, roasted meats, mushrooms, boiled fish, marinades and others.

Rosemary is an attractive evergreen shrub of the family Lamiaceae with leaves such as pine needles. It is most encountered on the Black Sea coast, it grows, but is also grown in the gardens.

The plant reaches a height of 60 cm and a diameter of 1.5 - 2.5 meters. The rosemary bush must often be trimmed to be compact. Rosemary blooms with many light-blue colors at the end of spring and very rarely in autumn.

Old people say rosemary grows 33 years to reach the age of Christ when he was crucified. In antiquity they put rosemary twigs under the pillows to protect against evil forces and nightmares.

Rosemary is an excellent source of antioxidants and anti-inflammatory compounds that help and stimulate the immune system and improve blood circulation. Antioxidants contained in dried rosemary leaves neutralize free radicals.

The aroma of rosemary is associated with improving mood, cleanses the mind, relieves stress as well as anxiety symptoms.

Dried rosemary leaves are suitable as a supplement to soups, salads, roasted meats, mushrooms, boiled fish, marinades and others.

Rosemary gives a pleasant taste to soft cheeses, potatoes, game birds, fish, egg dough, while being an excellent seasoning for lamb and veal. Rosemary is also suitable to add on meat, prepared on grill.

In culinary, rosemary is mainly used for its ability to suppress the specific smell of certain meats, such as mutton and pork.

Culinary:
As a spice for dishes, sauces, salads, etc.

To Make Tea:
1 tablespoon pour 400 g of boiling water. Allow to soak for 2 hours. It is taken 3 times a day before meals. 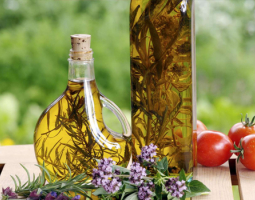 How to prepare homemade herbal vinegar?

When it comes to herbal vinegar, it can be prepared from rosemary, tarragon, parsley, dill, lemon balm, chives, thyme, hyssop, marjoram, etc. 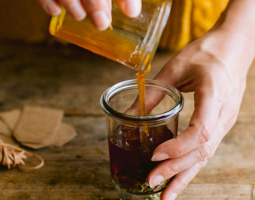 The combination of honey, apple cider vinegar, angelica, lavender and rosemary improves digestion and blood circulation, disturbed as a result of stress and mental overwork.