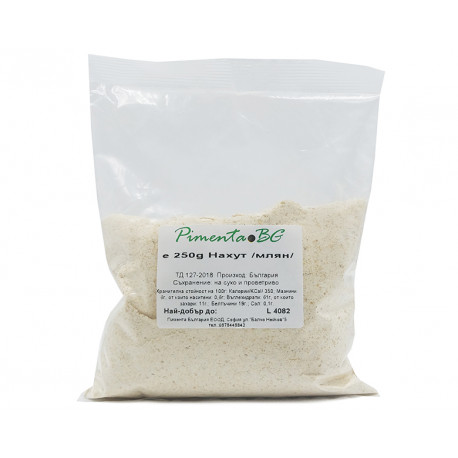 Chickpeas are the main ingredient of hummus and falafel, typical of Arabic cuisine. It can be used as a thickener for soups and stews.

Chickpea is an annual plant from the Legume family. It is one of the oldest cultivated plants. The first evidence of its use as food dates back 7,500 years and is related to the prehistory of the city of Jericho. Today, the largest producer is India, it is also grown in Turkey, Pakistan, Australia, Iran, Ethiopia, Mexico. Small quantities are produced in Bulgaria, mainly in North-Eastern Bulgaria.

It is a traditional food for many countries around the world - in the Mediterranean, the Middle East, Africa, India. It is a main ingredient of hummus and falafel, typical of Arabic cuisine. Hummus is a paste of ground chickpeas, tahini and spices, and falafel is fried chickpea meatballs. In our country, until recently, chickpeas were mostly popular in the form of roasted chickpeas and as an addition to coffee or as a decaffeinated substitute. In recent years, it has increasingly entered our daily kitchen as a component of various dishes, salads and garnishes.

Chickpeas have a high nutritional value - they are a source of proteins, carbohydrates, minerals - iron, magnesium, phosphorus, zinc, manganese and copper. Like other legumes, it has a high protein content and is also rich in dietary fiber. Compared to nuts, it contains less fat. In diets for weight loss, it should be borne in mind that the carbohydrate content is high - 60 g in 100 g of product.

Chickpea flour is suitable for falafels, for adding to wheat and other flours to enrich their nutritional qualities. It can be used as a thickener for soups and stews, as an addition to omelets, etc. 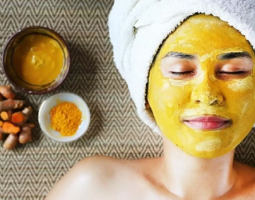 Women in India use turmeric as a beautifier and to keep the face smooth, fresh and free of wrinkles and blemishes. We offer you a recipe for a face mask that you can use as often as you like.