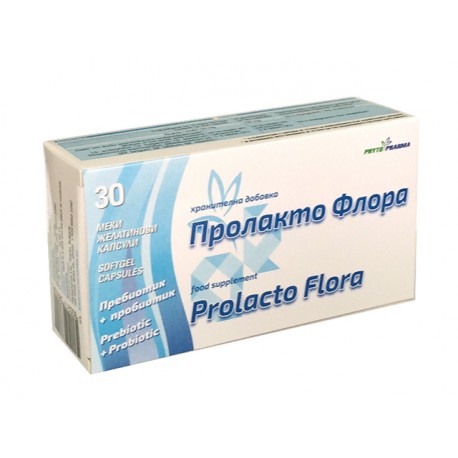 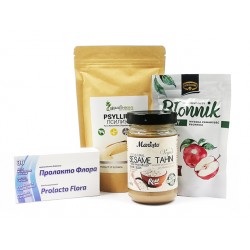 Thousands of years of tradition links nutrition of Bulgarian nation to yogurt rich in lactobacilli. In the end of XIX century Ukrainian scientist Ilya Mechnikov makes the connection between the longevity of the Balkan people and the beneficial effect of yogurt. In 1905 the Bulgarian physician Dr. Stamen Grigorov found that this beneficial effect is due to a wand lactic acid bacteria, which he called “Germ A." Later it received the name Lactobacilus Bulgaricus, in honour of its discoverer. Studies show that Bulgaria is a kind of geographic oasis, source of natural strains of the most favourable lactic acid bacteria Lactobacillus bulgaricus and Streptococcus thermophilus, which are on the basis of yogurt. Although these bacteria are also contained in imported yogurts, concentration of Lactobacillus bulgaricus is 4 to 7 times greater in than the yogurt produced in Western Europe. The unique flavour of the Bulgarian yogurt and its beneficial properties are due to the higher lactic acid bacteria concentration.

Here is a list of some of the beneficial properties of Lactobacillus bulgaricus:
- It has high biological stability in the gastrointestinal tract and significantly longer survival - up to 15-20 days after discontinuation;
- It has strong antimutagenic effect that contributes to suppress the action of carcinogens and mutagens in the body and devours them;
- surpasses all other bacteria in production of natural antibiotic substances;
- contributes to reduction of the concentration of cholesterol in the body. It carries cholesterol molecule and quickly delivers it to the colon to dispose of it;
- stimulates the functions of the gastrointestinal flora;

Lactobacillus bulgaricus is among the main activators of the immune system.

Lactobacillus bulgaricus together with Lb. acidophilus; Lb. plantarum; Streptococcus thermophilus; Bifidobacterium spieces effectively competitively inhibit the growth of pathogenic bacteria such as Escherichia coli, Salmonella, Staphylococcus aureus, Candida and others. and contribute to improve the natural immune system.
The only good bacteria of Streptococcus spieces, Streptococcus thermophilus works with Lactobacillus bulgaricus for the production of lactase - an enzyme that breaks down lactose, and to help those suffering from lactose intolerance, and enhances the immune system.

Lactobacillus acidophilus is a probiotic strain, which produces lactic acid, which inhibits the growth of pathogenic bacteria and yeast.

Bifidobacterium ssp. - Helps maintain the balance of bacterial flora, thus helps the digestive and metabolic processes and helps to boost immunity.
There is no such a thing as a “perfect probiotic” that simultaneously exercises all beneficial effects.

Inulin is a type of polysaccharide which is contained in a number of root crops. The greatest amount is contained Jerusalem artichokes and chicory. It is also found in onions, leeks, garlic, dandelions and others. As a soluble fibre (passed through the body is converted into a gel), Inulin is not digested in the upper part (stomach and small intestine) of the digestive tract and reaches the colon intact. There as almost completely undiluted it becomes an ideal food for best lactobacillus and bifidobacteria. Many scientific studies show that daily use of inulin significantly increases the amount of bifidobacteria and lactic acid bacteria in the intestines and leads to a decrease in the amount of pathogenic bacteria such as Salmonella, Staphylococci and others. This quality defines it as a prebiotic. Prebiotics are indigestible kind of nutrients that stimulate and activate certain bacteria in the colon, improving significantly its function. It must mention the fact that too many Inulin can lead to bloating, gas and diarrhoea in people who are sensitive to the substance.Furthermore inulin adds one more irreplaceable benefit - contributes to reducing our body's ability to form a particular type of fat.

Useful properties of inulin: • helps reduce the toxic metabolites • contributes to the reduction of hepatic cholesterol and triglycerides • Helps maintain normal blood pressure levels • helps to normalise blood sugar levels • improves the absorption of minerals in the body • contributes to strengthen the immune system • helps to clear the body of slag and unprocessed food.

Food supplement is used as an aid to the diet that:
- provides live active bacteria;
- contributes to the maintenance of a healthy intestinal microflora;
- supports the digestive system;
- enhances the degradation of lactose;