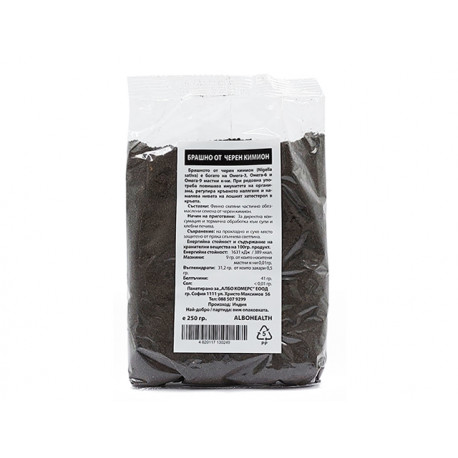 According to Zohary and Hopf, archaeological evidence about the earliest cultivation of Nigella Sativa " is still scanty", but they report supposed Nigella Sativa seeds have been found in several sites from ancient Egypt, including Tutankhamun's tomb. Although its exact role in Egyptian culture is unknown, it is known that items entombed with a pharaoh were carefully selected to assist him in the afterlife.

In the Unani Tibb system of medicine, black seed (Carum bulbocastanum) is regarded as a valuable remedy for a number of diseases. In Islamic writing, a hadith narrated by Abu Hurairah says "I heard Allah's Apostle saying, 'There is healing in black seed (al-ḥabbah al-sawdāʼ) for all diseases except death.

The unique combination in black cumin seeds of over 100 active ingredients and about 50 natural catalysts for cell biosynthesis has the power to regulate immune function and maintain good human health from an early age. Black seed contains 15 amino acids (including 8 of the 9 essentials), Omega-6, Omega-9, vitamins A, B1, B2, B6 and C, carotene, niacin, folacin, as well as potassium, calcium, phosphorus, magnesium, sodium, iron, manganese, selenium, copper, and zinc. Black cumin has a high content of gamma-linolenic acid (essential fatty acid to maintain healthy skin), oleic, linolenic and palmitic acid.

For direct consumption and as an additive to soups and baked goods. Black seed powder undergoes heat treatment.