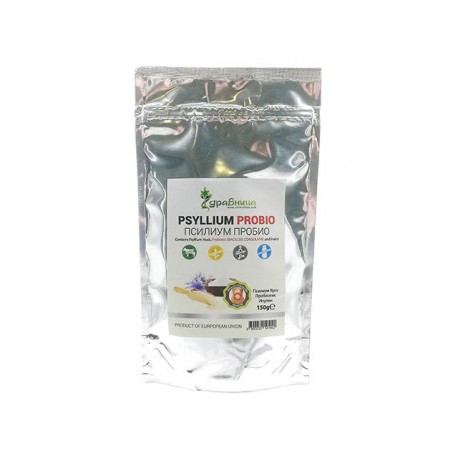 Psyllium is a form of fiber made from the husks of the Plantago ovata plant’s seeds. It sometimes goes by the name ispaghula.

It’s most commonly known as a laxative. However, research shows that taking psyllium is beneficial to many parts of the human body, including the heart and the pancreas.

After mixing with yogurt, water or other liquid with Psillium, a soft gel is formed that increases its volume up to 40 times. This gel has the ability to clear the intestine from toxins and other contaminants. In this way, Indian husk seed scales facilitate and assist the proper functioning of the gastrointestinal tract.

Probiotic bacteria Bacillus coagulans are recommended for people who often suffer from diarrhea or frequent antibiotic use. Bacteria improve digestion and act favorably in diseases such as colitis or Crohn's disease. The intake of Bacillus coagulans increases the immune system and reduces the amount of harmful bacteria in the body.

Inulin is a backup polysaccharide, which means it is a temporary supply of carbohydrates. For this reason, it is used as a substitute for sugar in diabetic patients.

Inulin also has a number of other health benefits. It is resistant to the digestive process in the stomach and small intestine - it passes through the body without grinding the upper part of the digestive tract, reaching neatly to the colon.

Inulin improves lipid metabolism - phospholipids, cholesterol and triglycerides. This helps protect against cardiovascular disease and relieves the consequences of those that have already occurred.

Inulin activates the entire functioning of the circulatory system and helps for the faster removal of heavy metals from the body. Inulin speeds up the removal of plaque and unprocessed food, helps with constipation and diarrhea.

Excellent remedy for constipation:
Psyllium is a natural remedy for constipation and bowel problems. When consumed, it passes through the intestines by clearing them and facilitating their passage. Psillium does not cause stomach glands, while improving digestion. Consumption of a psyllium is particularly useful for people suffering from Crohn's syndrome.

For healthy stomach and intestines:
Regular intake of fiber through psyllium consumption improves gastrointestinal tract, metabolism, and is useful for fighting bad cholesterol. Even when they fall into the mouth, the fibers prolong the chewing process and delay feeding.

Regular consumption of psyllium activates and maintains the power of intestinal muscles and thus helps to normalize the flora.

Psyllium absorbs water, cleanses the walls of the colon and helps to remove toxins or the body.

2 teaspoons (5 g) per day. Take in combination with yogurt, juice or other liquid. Mix and consume immediately. Can be added to various dishes and cocktails.

Can be taken by children over 6 years. Maximum daily dose for children - 1 tsp. per day.

Suitable for long-term use. 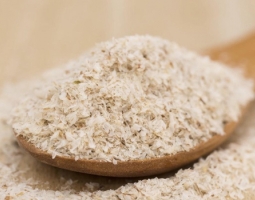 Because of the high fiber content, the psyllium is often used as an aid in treating a number of health conditions such as high cholesterol, digestive problems, and so on.