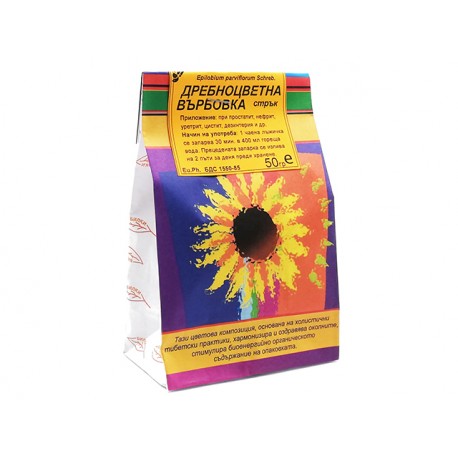 Hoary willowherb can be used as an aid in prostatitis, nephritis, urethritis, cystitis, dysentery, etc.

Epilobium parviflorum reaches on average 30–80 centimetres (12–31 in) in height. The stem is erect and densely covered with hairs, especially in the lower part. The leaves are opposite, unstalked but not amplexicaul, lanceolate and toothed, rounded at the base, 4–10 centimetres (1.6–3.9 in) long. The tiny flowers are pale pink or pale purple, 6–7 millimetres (0.24–0.28 in) in diameter, with four petals, eight stamens and a 4-lobed stigma. Flowering occurs from June to August.The hermaphroditic flowers are either self-fertilized (autogamy) or pollinated by insects (entomogamy). Fruit is a three-to seven-centimeter long capsule containing very small black seeds (about 1 mm long), with white fibres that allow the dispersal by wind. This species is quite similar to Epilobium hirsutum, but the flowers are much smaller.

This plant occurs in most of Europe, including Britain, from Sweden to Northern Africa and Western Asia up to Kashmir, in United States and Canada.

Method of preparation: Pour 1 teaspoon of the herb with 400 ml of hot water. Leave on for 30 minutes and strain. Drink in 2 equal portions the day before meals.